Red lipstick? No, too dark… Pink? Too bright… Douce fumée de Canelle , this one is perfect!

WTF. Who comes up with lipstick names? I bet it’s a bunch of teens on the weeds.

I was getting ready to meet up with a friend, when I get his text message:

-Sure, I don’t mind meeting you at the bar, but I must let you know: I won’t drink alcohol! You can have some, of course… just not for me! 🙂

– I’m participating in a fundraising for La Maison Jean-Lapointe: I don’t drink for a month. The goal is to raise awareness and understand people struggling with addiction by putting yourself in their shoes.

*For those who don’t know:

“La Maison Jean Lapointe is a non-profit organization that has set itself the task to rehabilitate alcoholics, drug addicts and pathological gamblers. This specialization does not exclude interest in other areas, to which it contributes to the extent of its means, but the drug treatment remains central to its concerns.”

– Thanks! But you know, it’s not like I expected, a lot of people assume I’m an alcoholic and are judgemental. 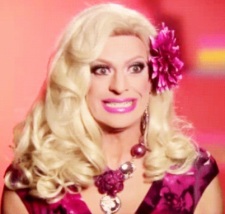 … No way…The NERVE of some people…. 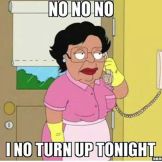 I had mixed feelings about this sober thing but the more I kept thinking about it, the more I wanted to try the idea myself. I don’t do any drugs (other than drink alcohol), not even the devil’s lettuce, so without it, it’s complete soberness. March was coming up so I looked up my agenda and it had the less birthdays and events (lol). That’s perfect!

The first thing that surprised me:

Everyone thought it was pointless

As I was getting invited to 5@7, parties, at the bar, suppers, etc. I was informing my friends that I wasn’t drinking, but I’d gladly join. I never turned down an invitation, didn’t miss a party because of it. Here’s a few reactions I got:

– Hmmm…. ok? Are you like, an alcoholic or something?
– Are you sick?
– Oh come onnnn, seriously?! It’s just ONE drink! Come on!
– Liliiii… it’s my birthdayyyyy! Nooooooooo
– Omg you and your crazy ideas! I’ll buy you a shot!
– Yeah, yeah, suuuuureeeee “I’m not drinking” lol. Just hurry up, we’re waiting for you!
– WTF !!!! BUT WHYYYYYYYY?
– Oh, wait… you’re actually serious right now?!
– Wow you are brave, I’m never doing it but I support you.
– Just have a drink, no one will know.
– You’re not even allowed to have ONE cheat day??

Aaannnd my favorites, lol. :
– Well, I’m not judging you or anything I just don’t see the point. I’m sober the 3 first days of the week, that’s well more than enough for me.
– Hhmm… okay… that’s okay! We can meet up in April instead.

Out of the more or less 20 invites/events only three friends reacted positively and encouraged me (before I explained why) -One of them being my trainer, so he doesn’t count.

This really surprised me because I’m a social, clumsy and extrovert person. I’ll laugh out loud, embarrass myself, fall miserably and hug all my friends with the power of water alone. Sometimes, I even offered to be the DD. It wasn’t making a big difference to anyone. When I asked why, they said it’s just not the same thing. It’s not fun if I know you’re sober.

The social pressure is HIGH

It’s important to add my friends are not addicts, nor are they control freaks or whatever. They’re awesome young adults enjoying life. It was surprising to see that my choice genuinely made people somewhat upset. I don’t blame them, I reacted in a similar way at first, but this brings a whole new light to the social pressure there is in drinking. It’s astonishing.

These are not the reactions I had when I said I am driving or I’m on antibiotics. Also, you never see someone insisting if a girl says she’s pregnant. Even tho most of my friends were on board after my explanation, as you read, many of them did not take me seriously. It’s almost as if “I don’t want to” is not an acceptable excuse, as if you need a medical/legal reason to decline a drink. That’s fucked up. 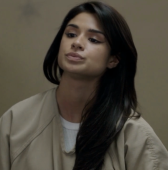 Without considering anything else, the social pressure alone was enough to stress me. I also have a stereotypical Latina attitude, so anytime someone insisted a tad too much, I had no problem calling them out on their shit and making them stop.
I feel bad for anyone who would be too shy or nervous to defend his/her choice.

Cravings are real, yo.

I don’t have an addictive personality. All of my previous habits I wanted to quit, I did it cold Tofurky. No problem. I do enjoy my drinks, but I wasn’t losing sleep over it. With that being said, I must admit: cravings are real. I’d be lying if I said I had none. I was a bit frustrated with myself for missing alcohol. I knew this was only for a month and completely voluntary; I still felt like giving up on the entire idea sometimes. Thankfully, I have wayyy too much pride to let anything have control over me.

At restaurants or friend’s house, I just had a soda or water. It didn’t bother me. At a house party, it was a bit more annoying, because I had to explain the same thing many times, but it was fine. 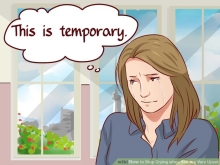 I got seriously tempted (but didn’t give in) three times: 1) St-Patrick’s day! I forgot it was in March 😥 2) When a few friends were visiting from Greece. We were really sad about it at first, but they got so drunk it didn’t matter lol. Side Note- I was chipper the next morning, as I watched them struggle to stay alive. 3) At an open bar charity event </3 . My girl friends were in wine paradise as I was crying on the inside. My only consolation was knowing it was only for a few more weeks.

Alcohol is everywhere.
I know it’s obvious, but I never took the time to recognize the omnipresence Alcohol has in our lives. Date night? Wine. Friend’s birthday? Rhum. Summer day? Beer. Happy event? Champagne. Hating yourself? Tequila. Wanna blackout and wake up in a dumpster hugging a rattlesnake? Vodka. It’s 10:58? Shady ass Bootleggers from the dep. At any social event I can think of, there’s alcohol. Sure, you don’t get smashed at all those, but it’s expected to drink. I felt a bit alienated with my pop soda sometimes. I did spend less money tho, maybe that makes up for it.

I had so much fun without drinking. I didn’t have any bad night, nor got bored because I was sober. I still laughed and enjoyed my nights as much, if not more, as everyone else. This was a pleasant surprise. Prior to this, when I planned to get “only one drink”, I rarely (if ever) respected it. This experience definitely made me sincerely appreciate soberness over the No no no nooooo but… *hic* you reeeealllyyy areeeee *hic* my bessstt fraaaaaannnn. Nahhgds foooo reallzz. *hic*. Not drinking is actually really fun! Forreal! Living moments fully is awesome.

I really enjoyed waking up in the morning feeling like a million bucks, while my friends were looking like they were auditioning for The Living Dead. Nights out have definitely changed for me.

What I really missed were my wine and Netflix nights with my home cooked meals. I’m keeping those.

For those struggling with drug/alcohol addiction and are recovering, I bow down to you. You is a real G. It takes so much strength to stand up to the social norm and decide to love yourself first. GO YOU! This experience made me see alcoholism from a complete new perspective. BE PROUD! Being sober is nothing to be ashamed of. 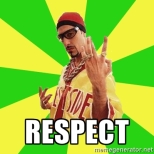 And for you, fellow party animals (myself included): If someone says they don’t feel like drinking today, don’t be an asshole. Don’t insist.I was just experimenting, but what if I was in recovery? Know wut ‘m sayin?  Respect their choice and enjoy your night and their company. You’ll still have as much fun, trust me.

What are you thinking? Cancel reply